This former assistant to Le Corbusier (whom he calls “my guru”) and Louis Kahn, now aged 90, is the first Indian architect to win the Pritzker. Relatively unknown in the West (all his built projects have been in India), Doshi is noted for bridging the gap between Modernism and traditional Indian architecture as well as for several complexes of low-cost housing. 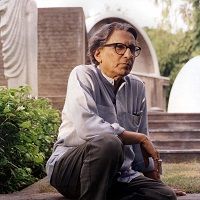