“Wizards like Gandalf and Romans like Russell Crowe’s gladiator share a common trait: Hollywood’s insistence that all of its fantasy and epic heroes speak like a Brit. And it’s not just because the British accent sounds grandiose and glorious. Well, a little bit. The real answer is rooted in the obsession with Empire – and how accents were actively cultivated by society elites as signifiers of global power and stature.” (video) 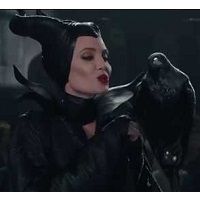