Creative Scotland “has raided £2.6 million from other budgets to pay for the climbdown, which has been announced in the wake of widespread criticism online and an intervention from the Scottish Government.” Two of the five groups whose funding was restored after the outcry are children’s theatre companies; two more work with disabled artists; the fifth, the Dunedin Consort, has racked up many international awards for its recordings of Bach and Handel vocal works. Still among the zeroed-out is the Edinburgh Festival Fringe. 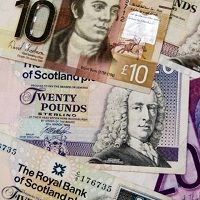