“Mathieu Gallet, 41, was this week fired as chairman of Radio France by the Higher Audiovisual Council (CSA), the French broadcasting authority. Officially, he was dismissed after being convicted of corruption and fined €20,000 for giving a €400,000 contract to a consultancy owned by one of his friends.” But rumors – pushed by former president Sarkozy’s culture minister – claim that President Macron had Gallet fired to quash rumors that the two had had an affair. 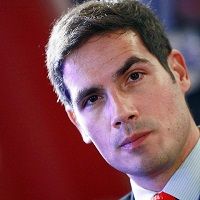