Kelly Cass Boal, who was one of the first to publicly accuse Martins of physical violence, describes her interview with the lawyer leading the inquiry as more like a cross-examination than a fact-finding effort: “I felt she was uninterested in the facts, and was just trying to mess up the timeline. She asked me, ‘Why weren’t you watching the performance when he grabbed you?’ … She was trying to spin it that I wasn’t being punished.” Another dancer says the same attorney refused to allow her to record her interview or bring a witness. 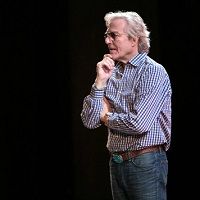