He started out as “a self-described ‘tone deaf’ concert promoter who turned Washington’s tiny Cellar Door music club into a venue that hosted the likes of Neil Young and Miles Davis” and went on to create Cellar Door Productions, “[which] produced more than 500 events each year and reportedly grossed up to $100 million annually, booking acts such as the Rolling Stones, Madonna, Pink Floyd, the Dave Matthews Band, U2 and the Who.” 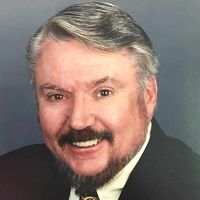