“That fearlessness on the part of Russian theatre artists has led to an increase in audiences, including that most coveted of demographics: the under-40 set. One had only to look at the audience at Gogol Center, where I saw Kafka on a Saturday night.” Diep Tran visits the Golden Mask Festival, where Russia’s top companies present their best work of the season over two months, at the end of which a jury awards a Russian national equivalent of the Tonys or Oliviers. 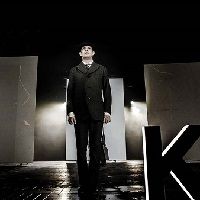