“The boat belongs in Washington, a city both blessed and socially determined by its rivers. The nation’s capital was founded at the confluence of the Potomac and the Anacostia, near the ports of Georgetown and Alexandria, and is home to the country’s oldest naval base. At times, the city has embraced its river setting, most significantly in 1901 when the McMillan Plan created the Mall, new parks along the waterfront and Memorial Bridge, which created a symbolic (though often illusory) post-Civil War rapprochement between the North and the South by joining the Lincoln Memorial to Arlington Cemetery.” 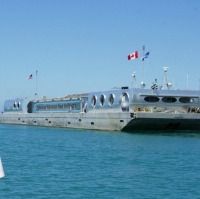