Many of us grew up with an Enlightenment Bach, a nondenominational divinity of mathematical radiance. Glenn Gould’s commentary on the “Goldberg Variations” spoke of a “fundamental coordinating intelligence.” One German scholar went so far as to question the sincerity of Bach’s religious convictions. But the historically informed performance movement, in trying to replicate the conditions in which Bach’s works were first played, helped to restore awareness of his firm theological grounding. 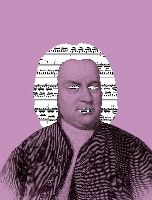